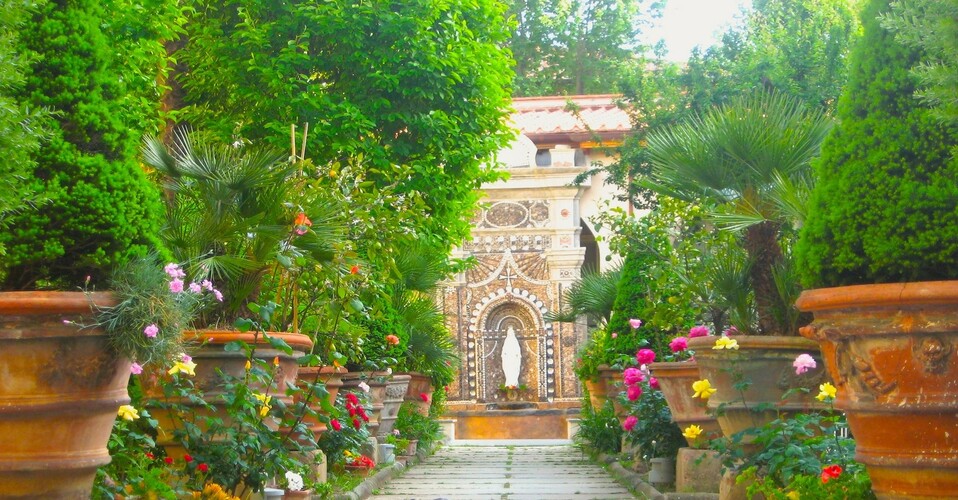 The history of the Congregation

The Congregation of the "Nuns Daughters of Nazareth" has been founded in 1893 by Father Agostino from Montefeltro, whose original name was Luigi Vicini. Luigi Vicini was born in the little city of S. Agata Feltria the 1st March 1839. He revealed precocious intelligence and a versatile quick and strong memory, a lively and open behaviour. Soon after the end of his formation in the Institute of Urbino of the Fathers of the Scuole Pie, in 1858 entered the seminary of Pennabili. He was ordered priest in 1861. He was appointed canon of the Patria Collegiata, and in 1864 was appointed municipal teacher in Balze del Tevere.

After a mysterious crisis, fruit of disillusions and of painful experiences, Saint Francis, on the sacred mountain of  la Verna, let Father Agostino hear the invite to follow him. He welcomed it with generosity and after an intense preparation, meditation and prayer the 8th September 1874 he started his novitiate in the convent of Monte Calvario (Pistoia) and in 1877 was assigned at the convent of Nicosia near Calci (Pisa) to whom he belonged until his daeth. He was also a tireless apostle. His fame of speaker grew up year by year until its apogee in Bologna (1885), Pisa (1886), Florence (1887), Torino (1888), Rome (1889), Milan, Naples and other cities of Italy arousing a sometimes overwhelming enthusiasm.

With the great movement of affection and admiration created around himself, he bring back some wanderings on the right path, he founded a great opus of charity, the INSTITUTE OF THE POOR LITTLE ORPHANS, several initiatives for the poor and, in 1893, the CONGREGATION OF THE NUNS "DAUGHTERS OF NAZARETH" (SFN). Thanks to him thousands of poor daughters abandoned found a roof, food, a Christian and civil education, especially in Pisa, where Father Agostino was very popular;  for them he was a father, mother and all.

This beneficial opus, intended to perpetuate his name, is the most eloquent witness of what the daring of charity can do, charity which is practised and declared by an apostle accomplished in the fervour of his Christian mission. In the Spring 1921 the pope Benedict XV, His Majesty the King Vittorio Emanuele III, the General Minister of the Friars Minor, the Cardinal Maffi Archbishop of Pisa and especially the people of Pisa and the Daughters of Nazareth with their little orphans were anxious about his health. But God wanted to reward in heaven the rare virtue of the humble Franciscan friar with his apostolic zeal and inexhaustible charity. Father Agostino died the 5th April 1921 in the house he had founded in Marina di Pisa, leaving a radiant example of a life modelled on that of St. Francis of Assisi, and all devoted to the Glory of God and the good of the neighbour.

Since nearly a century the Congregation offered decidedly its service in Italy in different areas of Church activities. In 1981 it spread towards Asia and especially in India. Immediately after in 1984 it became of pontifical right. Then in 1996, the Congregation "Daughters of Nazareth" crossed Balkan threshold in Albania. In 2009 it ventured towards the African continent in Ghana.

Today we serve the suffering limbs of Christ professing the Rule of the Secular Order of St. Francis and living in the spirit of the Family of Nazareth. We fulfil the mission towards the poor, attending to the education of the children and the young people in the nursery, the recreation after school hours, the schools for people who are hard of hearing, the college, the university hostels, assisting the old people in the rest-home, helping the priest in the parish activities and in the counselling centres for the poor with the presence of 120 nuns, 12 communities in Italy, 4 communities in India, 2 in Albania and 1 in Africa- Ghana.